Like Flood Insurance, Earthquake, Volcano and Mudslides are not included in the vast majority of insurance contracts written today. This coverage will be picked up via Endorsement (or for the old folks a “Rider”). For us in Michigan, this often overlooked coverage option is available from most commercial carriers. Earthquake coverage is also available from many personal insurance carriers, but this blog will focus on the commercial area. ISO Commercial Risk Services, which provides “coverage forms” for many of the approved Michigan carriers has a specific form which is CP 10 40 06.

Seismic Activity in Michigan is not necessarily up over the past couple of years, however we have “felt” neighboring states (Ohio, Illinois and Pennsylvania) increased activity. And, of course, many of you reading this likely know that one of these earthquakes come from the New Madrid Fault. One of the most powerful earthquakes in the history of the US emanated from the New Madrid fault in the Midwest. As recent as 1947 Michigan did experience a Magnitude 4.6 earthquake that caused widespread structural damage centered southeast of Kalamazoo and including the areas of Bronson, Coldwater, Colon, Matteson Lake. This earthquake as recorded by USGS (US Geological Survey) caused chimney damage, window and plaster damage as well as brick cornices coming down.

The national press has provided updates for the past several years on healthcare reform (Obamacare), but many insurance consumers are simply unaware of the National Flood Insurance Program and its many changes related to reform.

Equipment Breakdown AKA Boiler and Machinery Coverage; What is it?

Equipment Breakdown AKA Boiler and Machinery Coverage; What is it?

Insurance policies - do you know what is included in yours? 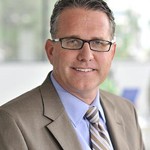 As a consumer of insurance, business or personal, do you Really know what is and is not included within your policy that sits on your shelf or in your filing cabinet? Even the smallest homeowners policy contains approximately 20 pages of forms, endorsements, general conditions, causes of loss, and those pesky exclusions. If you own a business that 20 pages can turn into a huge binder full of all of the above and per line of coverage. It is the job of your agent to review (with you) and summarize for you what generally is and is not included within these pages. Just because you purchased and reviewed a policy 2 or 3 renewals prior, do not assume that it exists in the same format as initially presented. An easy example of this on the commercial side would be the following:

With the Government Roll-out of the Affordable Care Act (AKA Obamacare), other areas of government oversight such as the Occupational Safety and Health Administration (OSHA) have been overshadowed and been largely pushed off of Page 1. A recent suggested change by OSHA is the reporting of Injury and Illnesses electronically rather than the Hard Copy OSHA logs that employers have used for decades. This proposed change is suggested to only apply to employers with at least 250 employees. At the very least this will help employers organize their OSHA reportable Injuries and have the ability to look at historical reports. This Electronic reporting is also going to enable employers to compare their results to other employers. For employers and business owners that would like to know more about this proposed law, please visit OSHA.gov. OHSA is taking comments on this proposed law through Feb 6, 2014.

Cup of Joe - How to "shop" your commercial insurance 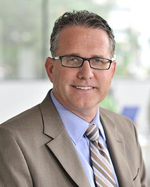 From an agent’s perspective, this question is certainly a double-edged sword. When a client tests the water to see what other options might be available in the insurance marketplace, this could present either opportunity for gain or loss.

In this blog I wanted to highlight one of our many Key Property and Casualty Carriers. Plans are to sprinkle these snapshots into this blog space as time goes on. Central Insurance out of Van Wert Ohio is indeed a key carrier for Kapnick. Over the past few years Kapnick and Central have built a strong relationship based on mutual trust. Central’s capability and business appetite matches very well with Kapnick for business insurance and Personal Lines. They work hard for our clients to provide comprehensive and affordable insurance programs.

Living in Monroe, Michigan, the year 1876 certainly rings a bell for me. This of course is the year that Monroe’s hometown boy General George Custer met his demise in the Black Hills area of the Western US. Why do I mention this? This is indeed the same year that Central Insurance was started. I think that puts into perspective just how long Central Insurance has been providing Insurance policies. Today, Central writes over 328,000 insurance policies for policyholders in 18 states. These States overlap very well with Kapnick and the heart of its geographic business. Central's home office is located in Van Wert, Ohio, with regional offices in Atlanta, Boston, Dallas, and Van Wert, Ohio. 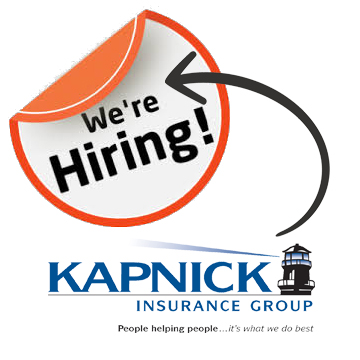 Kapnick Insurance Group is continuing its steady growth. If you or professional minded folks you know in Southeast Michigan or Northwest Ohio are looking for an exciting opportunity that includes the following, please contact me.

Very early in Kapnick Insurance Group’s commercial insurance life, it knew that niche marketing and “program related” insurance was a way for them to grow beyond its borders in Lenawee County. Conventional insurance sales through strong customer service, community involvement and key carrier relationships did indeed help the organization rise from a smaller town like Adrian, MI, to become a recognizable force in Lenawee County. But to grow beyond the local borders like many other successful U.S.- based agencies, expanding beyond its geographic boundaries was necessary.