Promoting Power Boosts for Your Employees During the Work Day 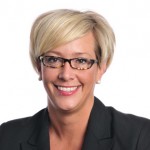 "Over time, employees who are lacking energy can zip quickly down the road to burnout. This leads to increased absenteeism and turnover, and decreased productivity and innovation. In fact, according to the American Psychological Association, U.S. businesses lose an estimated $300 billion when employees hit the breaking point."

Cyber Liability - Staying one Step Ahead of the Cyber Thieves 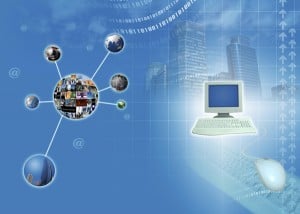 5 Things You Should do if You Get Hacked 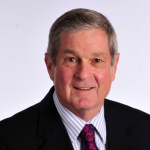 "As we bring more aspects of our lives online — social, shopping, banking, storage — the risks of cyber crime increase."

Does your workplace promote fitness?

"The safety and health of employees is fundamentally important to having a successful and productive workplace.  Healthy employees equal happy employees and happy employees equals happy customers.  The logistical cycle of benefits from versatile policies implementing workplace health will provide plenty of reasons to enact incentives for a healthy lifestyle."
- FitRev

More and more research is being conducted on the dangers of “sitting” too much. A study of 6,300 people by Vanderbilt University published in the American Journal of Epidemiology estimated that the average American spends 55% of waking time (7.7 hours per day) in sedentary behaviors such as sitting. According to Martha Grogan, a cardiologist at the Mayo Clinic, people who sit most of the day have the same risk of a heart attack as someone who smokes. What’s the solution? Get your employees to move more!

Reporting and Notification Rules Regarding Data Breaches in Michigan 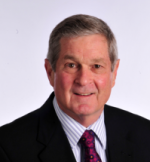 "Organizations are collecting and using data faster than they are able to keep it secure."

Remember, I am not a lawyer but for those of you that have a hard time reading regulations, here is a summary of the Identity Theft Protection Act, Act 452 of 2004. This act covers notification of state residents that they are the victims of an unauthorized access of a database with their personally identifiable information or personal health information.

The Value of Encryption - Cyber Liability

"Insurance that protects you in case of a cyber attack may seem like something only large corporations would ever need, or could ever afford. But believe it or not, cyber liability insurance makes lots of sense for small companies as well."

The Value of Encryption

Back to Basics - Cyber Liability 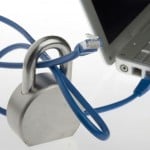 "While security risks can also be reduced on hardware through the use of firewalls, antiviruses and anti-spyware, encryption can commonly be considered the last line of defense. If intruders try to knock down your security measures to capture your data, their efforts will be unsuccessful as long as your data is encrypted."

Workplace Wellness -The Cost of Stress at Your Workplace

"Pressure at the workplace is unavoidable due to the demands of the contemporary work environment. Pressure perceived as acceptable by an individual, may even keep workers alert, motivated, able to work and learn, depending on the available resources and personal characteristics. However, when that pressure becomes excessive or otherwise unmanageable it leads to stress. Stress can damage an employees' health and the business performance."

It’s very rare to go a day without hearing the word “stress”. It’s probably the most overused word in the English language. Today, stress is a lot of things to a lot of people:

In a recent company-wide meeting, Kapnick Insurance Group’s Executive Committee announced new officer appointments for 2014. According to CEO Jim Kapnick, these promotions are given much consideration by the Committee. The recipients have exhibited several important traits during their tenure including (but not limited to): a commitment to Kapnick’s core values, putting the betterment of the organization before personal gain, being positive advocates for Kapnick Insurance Group in the community and managing a considerable book of business while continuing to excel in new sales. Congratulations to:

Angela Dean –from Vice President to Senior Vice President. As a Vice President in the benefits division, with a large book of business to maintain, Angela has exhibited a continued growth focus, and is an active contributor in all corporate initiatives. 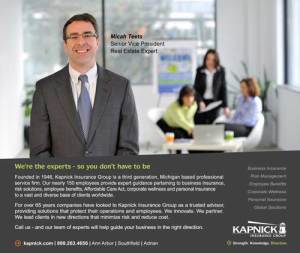 Did you see our ad in Crain's Detroit Business featuring Micah Teets - Senior Vice President & Real Estate Expert? Check out the Kapnick ad today - hot off the press in Crain's.

Topics: In the News, Featured Posts